Do we have offensive posters?

Hanging in our range is an image of a woman, in a bathing suit and high heels, holding a bow. Though her form is wrong, and it would be impractical to shoot the way she stands, this picture has been hanging in Queens Archery for nearly 30 years, directly across from out counter. A second, identical picture hangs over our beginner range.

Some people have taken offense to these pictures. They have called them lewd, pornographic, demeaning, and sexist. To the people who have been offended by these images, we apologize. However, both of these posters will hang in Queens Archery for a very long time.

We would like if you would read the story behind these images, and hopefully you will understand why they hang in our range.

Al Lizzio, the founder of Queens Archery was the archery coach for Columbia University's Women's Archery team when he moved his business from his garage to the range we now occupy. Several of the woman from his team who were in the graduating class presented Al with a gift. It was the poster that now hangs next to our Members storage closet. They asked him to hang the poster somewhere he could always see it so that he may remember them. He hung it directly across from the front counter, so that whenever he looked up, he could see it.

Over time, this poster became very popular, and many customers asked if they could purchase one. Al, being the business man he is, began searching for the posters distributors so that he may sell them. He finally found a company in Europe that agreed to sell him the posters, however he had to order a large amount. The exact number has been lost through the many retellings, but it usually sits at 2,000. Reluctantly, he agreed to purchase all these posters, in the hopes that he would eventually sell them all. Once all the posters arrived, they began to sell very quickly. Many of the regular shooters purchased a poster for themselves, or friends, or relatives. But, since Queens Archery was still in its infancy, there were not enough customers to purchase all 2,000 posters, and so Al was left with many of these posters sitting in inventory.

During the Atlantic City Classic, a large tournament and trade show in Atlantic City New Jersey, Al had the idea of selling his remaining posters at a friend's booth. So, during the trade show, he set himself up at the booth, placed a poster on a piece of cardboard, and began selling away. Starting off slow, he worried that he would leave Atlantic City with many posters. However, as the tournament went on, people began to flock to the booth Al sat at, and began to purchase the posters. To Al's surprise, many of these new customers were woman who were purchasing the posters for their husbands, or boyfriends, or uncles and fathers who were shooting.

By the end of the tournament and trade show, all but one poster had been sold. That last poster being the one he used as a display. This poster was brought back to Queens Archery and hung over the shooting lanes, where it still hangs, along with the original poster in our range. 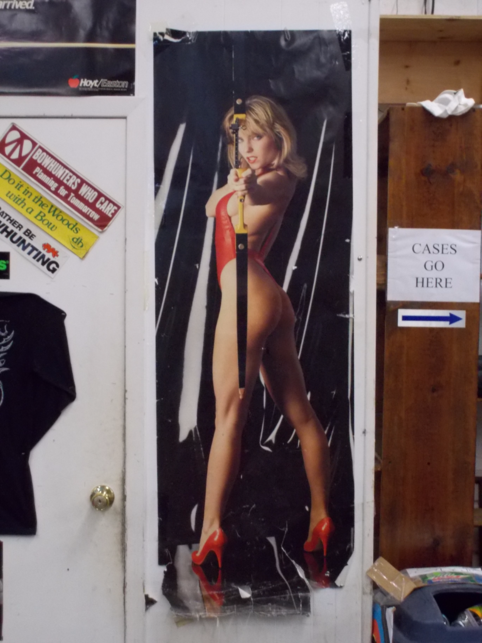 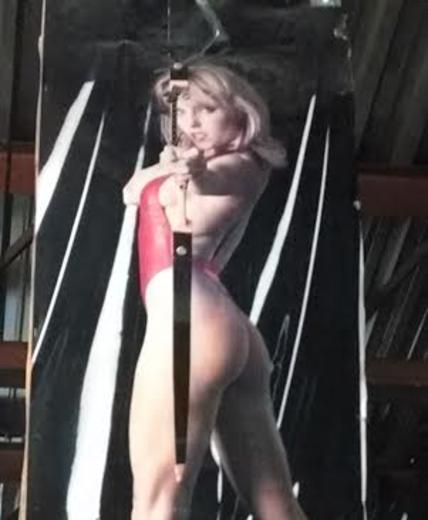 BACK TO TOP
BACK TO HOME
Site Map